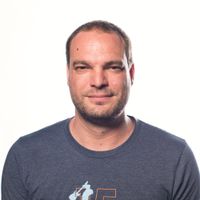 Dave Cool (yes, that’s his real name) is the VP of Business Development at Bandzoogle. Made for musicians by musicians, Bandzoogle is used by over 55,000 artists to power their websites and manage direct-to-fan sales.

Dave has spoken at dozens of music conferences including SXSW, Canadian Music Week, SF MusicTech, and ASCAP EXPO. He has also been interviewed by The Economist, Newsweek International, CNN.com, and the Financial Post for his insights on the music industry.

In 2006, he directed and produced the documentary film "What is INDIE? A look into the World of Independent Musicians". Distributed by the National Film Board of Canada, it featured several leading experts in the music industry including the founders of CD Baby and Sonicbids.